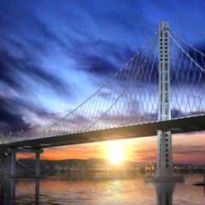 Review: Off the Record This is another fun story to add to this Off Series. In this book, we get Lincoln Caldwell, a professional goalie for the NY Rangers. Ever is a journalist who interviews Linc for her article. Their meeting starts off with instant sparks of attraction with some flirtation. Ever considers Linc a nice guy until she catches him in a compromising position a few moments later. This upsets her because it makes her think that the connection she had with him was fake and not genuine. With this anger brewing, she decides to write the article about Linc being a sexified womanizer while twisting words he said “Off the Record.” When the article is published, Linc is pissed that it portrays him as someone he’s not. He convinces Ever’s employer to have Ever rewrite the article after she spends some time with him in his home to prove that he is not “that guy” that Ever thinks he is.

With Ever, I thought she took writing the article overboard without checking her facts. It did kind of make me mad that she did that but it’s understandable after reading her POV. Ever is a beautiful girl but somewhat jaded. She has trust issues due to being shafted several times in the past by people who are close to her. She’s very unhappy about spending time with Linc and starts off being very icey towards him. She’s so afraid of getting hurt again where it takes her a very long time to be convinced that Linc isn’t a bad guy. When it’s time to really sacrifice her pride, feelings, and the possibility of her getting hurt again, it’s a very hard decision for her to make.

I really liked Linc. He comes off as a handsome and charming guy. He has the pick of the ladies but is very choosy when it comes to who he’s intimate with. He doesn’t do relationships because he hasn’t found the right girl yet. As Ever gets to know him, the reader does too. We see how loyal and loving he is to his family (which includes his brother, Nix, from Off Limits). He volunteers his time for charity work as well as spends time with sick children. He also is very understanding and sensitive towards Ever’s feelings and (*ahem) needs. He understands that her past has caused her pain and he is very patient with her.

This author’s writing style is simple but with very effective storytelling. I’m able to follow along while connecting with the characters. She also knows how to write some good lovin’ and I found myself wanting a Linc Caldwell all to myself. With Linc being a professional hockey player, I thought this would be more of a sports romance. But this is written in the off season so we didn’t get to see much of the hockey world nor much game play. However, I still highly enjoyed reading this book.

Like I have said in my review for Off Limits, I love how this author is able to write a different theme for each book of this series. The next book, Off Course, is about Renner Caldwell (Linc and Nix’s cousin) and the hero is a rock star! Who doesn’t love a rock star? Bennett’s books are so fun & hot and I can’t wait to read more!

*Copy provided by author or publisher for review purposes